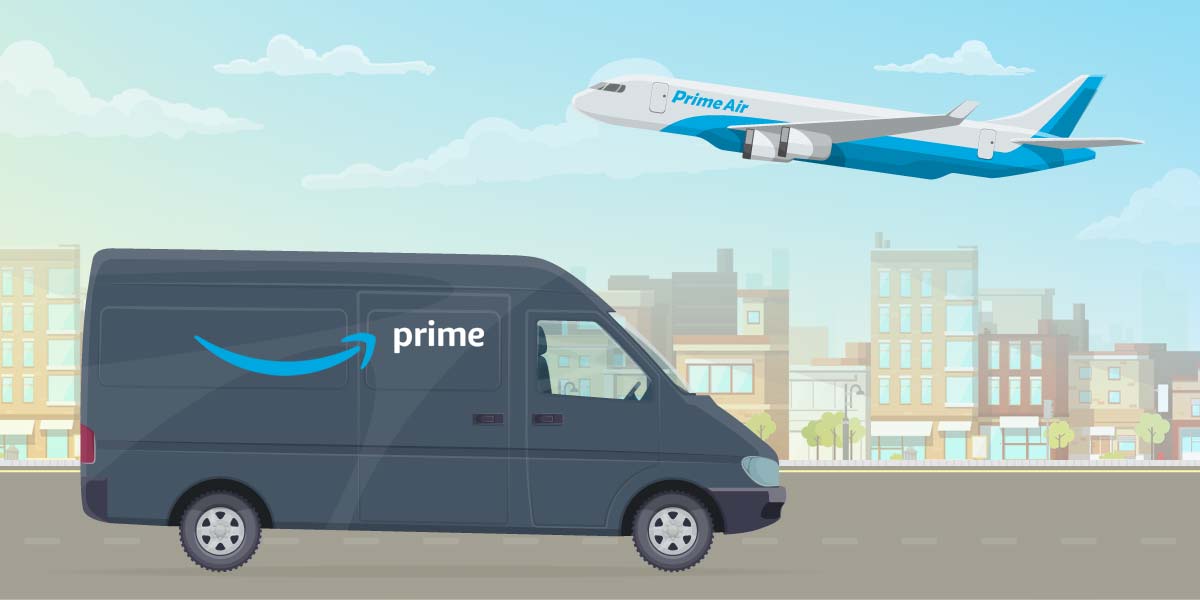 As consumer demands grow stronger, so does Amazon. The e-commerce giant has apparently spotted an opportunity to control more of the supply chain and therefore reap more of the profits.

By distancing itself from expensive shipping companies like FedEx and UPS, Amazon takes on more of the work, but it also increases its capabilities to deliver packages quicker and more efficiently, all while saving money.

Faster, 1-Day Shipping for the Consumer

Long gone are the days of multi-day shipping as the best option. Even 2-day shipping has now gotten trumped by Amazon’s new 1-day Prime shipping option. Amazon has dropped a huge investment into its new, super-speedy service, but the return is found in new legions of consumers who (the company hopes) will turn to Amazon first.

Amazon is betting that faster service will build customer satisfaction and trust. Consequently, the company will be able to keep its returning customers interested and recruit new customers at the same time. Customers who need an item in a specific timeframe will be able to use this service with confidence their purchase will get to them on time.

Amazon Saves Money by Cutting Ties with FedEx and UPS

It’s a classic business tack – when a company relying on other companies begins to outgrow its suppliers, it creates an opportunity to cut ties. According to the numbers, Amazon has been delivering at a rate set to far exceed the number of packages shipped by both UPS and FedEx.

Simplicity and seamlessness. The more steps within the business transaction process a company can efficiently do on its own, the fewer restrictions it has, and therefore, the more it can offer customers.

Shipping is still available through FedEx even without a contract, but Amazon wouldn’t receive the discounts built into an agreement between the two. According to a New York Times article on Amazon and FedEx shipping, however, Amazon only accounts for about 1.3 % of FedEx’s total revenue.

Amazon’s expansion to deliver more of its own merchandise is promising for the company and for consumers, but taking on more of its own shipping doesn’t come without a cost. Amazon Flex is a new, on-demand form of contracting that allows drivers to deliver packages. Amazon will have to solve issues around getting that last “1 mile” in for the deliveries themselves. And that’s the greatest challenge for any supplier. How Amazon solves the “1 mile” conundrum could have a ripple effect outside the retail industry.

According CNBC, Amazon now owns more than 50 planes, a fleet referred to as Amazon Air, as well as additional regional distribution centers. Amazon has maintained a few planes for some time now, but the number of daily flights has increased from around 3-4 per day to at least eight daily flights a day. The e-commerce giant has gone from delivering only about 20% of its own merchandise to taking more than 50% of its sales door to door.

Amazon has been growing at such a rapid rate that experts say it could have as many as 200 planes in as little as four years from now. Everyday retailers probably can’t rustle up a fleet of aircraft, but how can you build an army of delivery runners that gets your products to your customers super quick?

But delivering its own products is not all Amazon is taking on. Amazon’s expansion of self-delivery is likewise increasing the availability for e-commerce shipping. By growing its capacity to deliver for e-commerce businesses that sell their products through Amazon’s website, the company is gaining further interest by many small business owners.

Though e-commerce delivery by Amazon has been an option in the past for some products, it hasn’t been available for as many e-commerce products as owners would like. Faster delivery service means higher conversion rate and increased customer loyalty, which e-commerce businesses love.

Amazon’s Increase in Delivery is About the Whole Process

As Amazon’s growth continues, so do its delivery service options. The company sees it not just as faster customer service, but also as an important long-term investment that empowers it to rely less on older 3rd parties and more on its own technology-driven capabilities.