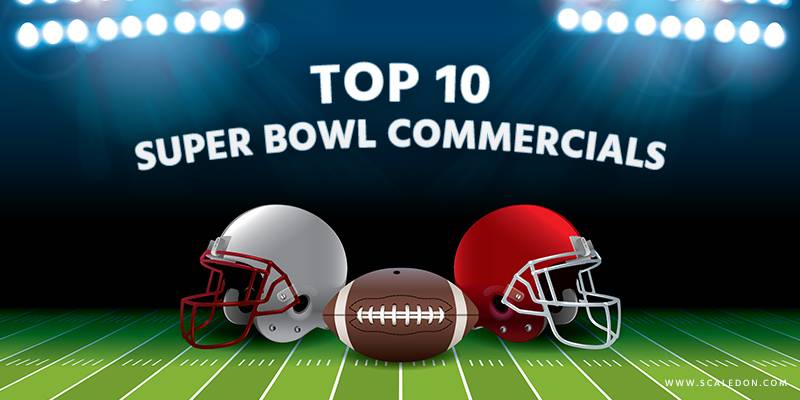 The Super Bowl draws in more viewers than the Olympics. Some are sports fans (or married to sports fans), but others watch for the half-time performances from some of today’s top music artists.

Each year, the average American gets invited to three Super Bowl parties, where the average attendance is 14 people. Typically the game itself is listed as one of the lower priorities at parties, allowing food, socializing, and half-time shows to be the leading entertainment. However, one poll among 2,000 American adults showed that 38% of people watch the Super Bowl solely for the commercials, which have a history of being the funniest and most entertaining among all TV commercials.

The Super Bowl is the perfect place for corporations to showcase their products and get everyone talking about their commercial. But commercials have high expectations, especially for the cost. Over the years, price has increased from a mere $37,500 at the very first Super Bowl to be over $5.6 million for a 30-second commercial in 2020.

The name says it all. This world-famous supermodel had the kind of stardom that would make any commercial popular. The joke is that some teenage boys who are clearly interested are actually eyeing the can of Pepsi, not Cindy.

The idea is that a company has hired a linebacker to “motivate” employees and improve productivity. In a series of short, funny clips, the linebacker Terry Tate, known for his intensity, whips the staff into shape through a series of intimidation by yelling and even tackling employees.

Betty White, known for her role in Golden Girls and her ability to play a sweet but terribly naive character, stars in this hilarious ad as she unexpectedly trash talks with the rest of the football players in a muddy, messy game. The level of unexpected trash talking coming from White lands this one in the top 10.

This one went down in history not only because of its perfectly quotable dialogue but also the fact that this commercial wasn’t aired during the Super Bowl on TV but rather on social media where it immediately went viral.

Not all big ads have to be hilarious. This touching commercial combines our favorite things – Star Wars and cute children. In the ad, the kid tries to “use the force” on various objects but isn’t disappointed because the dad secretly makes the child’s wish come true.

Another touching commercial that topped the charts was this ad for Monster.com, featuring children talking about their aspirations. However, the effect comes in that the children mention things that no one would wish on their futures, such as, “When I grow up, I want to be underappreciated.” It’s a moving ad that encourages the avoidance of jobs you don’t enjoy and ends in the phrase, “There’s a better job out there.”

Not all Super Bowl ads have to involve the sport of football. This basketball commercial featured Larry Bird facing off Michael Jordan, two of the most famed basketball pros, in a simple game of H-O-R-S-E. The simplicity of the match between two well-known professionals is a charming way to feature McDonald’s.

Who can think of a more popular cultural reference than these three froggy friends? In the ad, these three frogs croak out random syllables until they coined the BUD-WEI-SER syllable catchphrase that became so popular.

“Mean” Joe Green limps disheartened off the football field as a charming kid generously offers him his own Coca-Cola. Afterward, Joe is refreshed and thanks the child in a heartwarming moment by giving him a gift.

This movie-like commercial by Apple showcases their creativity as George Orwell’s famous book “Nineteen Eighty-Four” is replicated in a nostalgic commentary on conformity. The ad was an immediate hit and truly transformed the scene of TV commercials in the 80s.

© Copyright 2022 ScaledOn an Indri Company. All Rights Reserved | Privacy Policy.
All other trademarks, and service marks, referenced on this site are the property of their respective owners.